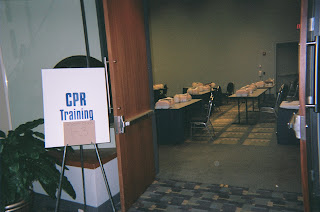 This episode does not appear to carry either the SVU or "criminal intent" sub-series franchise designation.

First, the “real” case that seems to have in inspired this show happened in Washington DC. The show, however, quickly deviates from the fact pattern of the real case. In real life, an administrative law judge sued neighborhood dry cleaners for $54 million over a pair of lost pants, for “consumer fraud” based on a literal reading of DC consumer law. The outrageous case is seen as an argument for tort reform and ending frivolous lawsuits against small business people. (Despite fundraisers to help with the legal expenses, the cleaners had to close part of their operation.) A typical newstory is by Henri E. Cauvin from June 26, 2007 in The Washington Post, p A01, “Court Rules for Cleaners in $54 Million Pants Suit,” link here.

The program takes place in New York City and the missing pants seems to be a relatively small part of the hour-long story. (True, the "plaintiff" gives the mandatory missive about "consumer fraud" and it rings appropriately hollow.) A businessman for a discount retail chain is covering up for another businessman who was importing tainted toothpaste from China, to be sold to hospitals and especially nursing homes. This seems to have to do with corporate practices of covering up their misdeeds from routine audits. We don’t need to mention names of companies here. A female attorney has been murdered, and the missing pants apparently had obscure physical evidence that would implicate the killer. The “plot” seems farfetched, and it seems hard to believe that such a ruse, taking advantage of a small business this way to cover a crime, could even work.

The show has its usual fast moving style of moving from one confrontation to another, with the typical bong-bong, and winding up with quick court maneuvers.

There is one point where the point is made that evidence introduced by a private citizen can be used as long as not planted by police.

The series often takes famous cases in different cities and embellishes the stories into fictitious complications. The screenwriting usually tries to educate the viewer on points in the law. Because of the fame and reputation of the NBC show, most viewers know that most of an episode like this is fiction, but there has been legal controversy recently about amateur“ blog fiction” being used to make “accusations” about real life (or to make political points that sometimes visitors confuse with reality), as I discussed last week on my main blog.

It does not appear that the WGA strike has hindered new episodes of this show, for at least a while.

A episode tonight, "Political Animal," has three roommates found murdered in a NYC loft. One of them is an openly gay man and blogger, who apparently was going to expose a corrupt businessman with political connections. At one point (before his death) he said, "exposing people is what the Internet is for." He was a kind of Gossip Boy. One clue comes from another politician caught in a Larry Craig - like bathroom bust -- complete with wing-tipped shoes touching, and the guy says "I am not gay." But then he is. There is also mention of the Vince Foster suicide in 1993, and the idea that it could have involved Whitewater. (I suppose you could name a different episode, yet to air,
"Party Animal."

On Dec 14, ABC reran an episode where two lesbians had enrolled their daughter in a Catholic school. Other parents protested and the school tried to expel her because of her two moms, but the two women threatened to sue. The girl was teased by a boy and in retaliation she accidentally paralyzed him. The episode runs through all the arguments about gay parenting, as well as the way people naively apply scripture.

Picture: (unrelated): a set-up for a CPR class at the Washington Convention Center.
Posted by Bill Boushka at 8:13 PM