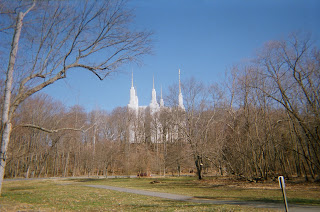 On Sunday Feb. 17, ABC Extreme Makeover Home Edition (website), led by Ty Pennington, did another sensational makeover for a family. This two hour special would have made Oprah proud, but her shows are one-hour. The family had four children, with one of them, now 19, Patrick Henry Hughes, born without eyes or feet. Over time, Patrick had developed a talent for music, especially piano and brass instruments, and had worked with high school marching bands. He both performed and composed. The music seemed to consist largely of accompanied songs. Patrick has never known what it is like to see, so on the show he says he does not miss it.

The family went on vacation, and Patrick was honored at various points of the show, while the workers and volunteers renovated the entire large house in Louisville, Ky. (visit the city's website). The program paid the mortgage on the house and gave the family $100,000. Patrick got an entire studio apartment with a door that opens on voice command. Patrick also has a recording studio including not only keyboard and midi and the processing capabilities expected of packages like Cakewalk or Finale but also a Braille component. Packages like Cakewalk/Sonar have sophisticated music notation and instrumentation-related graphics and many detailed instructions (in Help) that must be followed to make them work. (I have it but need to become much more proficient.) I suppose that the Help in these packages could be rendered in audio by a conversion method. The TheWB “Everwood” series had shown a studio like that for the fictitious piano prodigy character Ephram.

Nice Blog you wrote here on the Hughes family. I was asked by Extreme Makeovers Home Edition to help them out with this episode, and I worked with Ty to set up the recording studio.

You can read my blog about the experience here.

Cakewalk SONAR is fully compatible with the accessibility features in Windows. Because of that we won an award from the American Foundation for the Blind. Ray Charles even used our software before he passed away. Essentially, we've set up SONAR in such a way that any setting in the program can be read by text to speech readers, and we also make extensive use of keyboard shortcuts so that vision impaired users can quickly navigate through the program. In addition, there is a company called Dancing Dots who make a program called CakeTalking which provide macro scripts for Windows that automates things in SONAR that would normally be quickly done with a mouse or complex multiaction functions.

Working on the show and helping Patrick Henry was an incredibly rewarding experience and I feel blessed for teh opportunity to do so.

Thanks for writing about it.