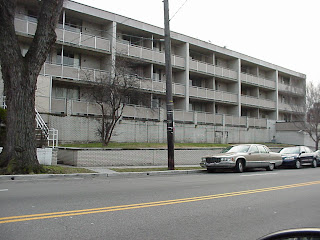 Recently, CNN has been broadcasting a one hour documentary “Health Care: Critical Condition” narrated by physician journalist Dr. Sanjay Gupta. This is a level-headed piece of journalistic film that effectively backs up Michael Moore’s “Sicko” – without the grandstanding and theatrics, and a willingness to present both sides, but the show ought to be viewed alongside the Moore film from Lionsgate. (Review at this URL June 29. Also Michael Moore’s interview with Oprah Winfrey here. )

The CNN show started by examining several horrific personal stories (much as Michael Moore does). Gupta reinforces Moore’s contention that many people who have health insurance, even through the workplace, are not adequately protected. One family had twins prematurely and ran up $700,000 in medical bills over and above the insurance company’s limits. It declared bankruptcy. In fact, almost half of personal bankruptcies in the United States involve medical expenses. One problem is that the uninsured don’t get deep in-network group discounts even on out-of-pocket expenses. Barbara Ehrenreich’s 2004 article “Gouging the Poor” in The Progressive makes good sense here. When parents have several children, they increase the risks that one child will cause extreme medical expenses, limiting the opportunities for siblings. That doesn’t sit well with demographic arguments in some conservative circles for larger families. Gupta gave some other harrowing cases. An optometrist in South Carolina had heart surgery at age 55 and needs to retire but can’t be underwritten because of his pre-existing condition, so he keeps working so that he can get a “small business association” policy. Another man with a spinal tumor has no insurance and got free surgery but could not get the radiation therapy and will probably have a greatly shortened life expectancy. His posture was distorted as the tumor returned. The show presented a statistic that uninsured cancer patients were 60% more likely to die within five years in the United States.

Gupta says that Truman wanted to set up a national health system, but that was shot down by conservatives. In the 1960s, Ronald Reagan (who became California’s governor in 1967) criticized Medicare as bringing on socialized medicine and threatening American “freedom.” Gupta’s program claimed that France has the world’s best health care system, where all essential care is free and where the French pay small premiums for additional care options according to ability to pay. (I once had a conversation with a French family in the Toulouse train station in 2001 about this; they said, “our system meets our needs fine.”) Britain has a national care system, and Canada has a single payer system with individual choice of physicians (which sounds to many people more like the best of both worlds). However, Gupta admitted that all systems with government-paid health care tend to have longer waiting periods, even for critical procedures like cancer chemotherapy. I wonder if I would have gotten my new operation immediately for my acetabular fracture in 1998 had I been in Canada instead of Minneapolis, where I got a new titanium fracture reduction system installed immediately with no wait or red tape (I had good employer-provided insurance).

There are some compelling global arguments for a national payer system. Private companies have to compete with companies in other countries that do not have to pay health insurance premiums. Instead, employers could pay higher wages, and then individuals could purchase insurance with pre-tax dollars. That is the system Republicans want.

The show covered the mandatory health insurance system passed in Massachusetts. Individuals who do not get insurance through work must purchase individual policies or pay fines. If their incomes are under certain limits they can get state assistance to get insurance. If they do not become insured they pay increasing fines each year. Mandatory insurance supposedly addresses the question that the uninsured will get free care in emergency rooms anyway, raising prices for everyone else. However, some people claimed the individual premiums were still way too high. A couple of musicians were not getting the insurance, and said that the law could threaten their ability to remain “entrepreneurs” in the music industry.

The program did not address eldercare or custodial care issues in nursing homes. In that regard, I recall that in the 1970s Massachusetts had an “old age” tax on restaurant meals and hotel rooms.
Posted by Bill Boushka at 8:30 AM