NBC starts "My Dad Is Better Than Your Dad" -- reality show 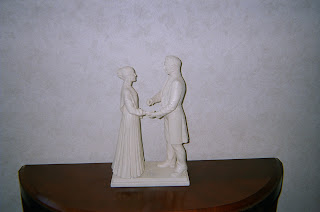 NBC’s “My Dad Is Better Than Your Dad” premiered tonight (Monday Feb 18) seems to be the ultimately silly reality show. Dan Cortese is the host. I don’t know whether it is serious about “family values” or making fun of them. Four family “teams” consisting of a father his grade-school-age child compete in exercises of strength, speed, and smarts.

For example, in the Desk Smash, the dads have to hack a desk to pieces and, with the help of the kids, load the maximum amount of scrap weight in a container in a time. It’s interesting that USAA (a life insurance company that focuses on the military) was advertising on NBC’s web page for the show tonight.

Then the kids, harnessed as in a rope climb, try to carry targets to bulls eyes on a Velcro Wall. Yes, Okay, it looked life fun, and maybe dangerous if not done right. Then the Dads have to take a quiz (like “Beauty and the Geek) but play “Kid May I” before answering the question.

I’ve heard this all my life. Men say that the most important thing in life to them is how good they are as fathers. It's particularly noticeable to me than often "family men" male a lot of being able to provide more for their children than do their "neighbors" -- that one competes through progeny. I don’t think that they always "mean it." On this show, maybe they do. But the show does seem to mimic a value system that tells couples that their psychic needs should be reinforced by the social supports of the outside world, without allowing distractions.
Posted by Bill Boushka at 7:55 PM