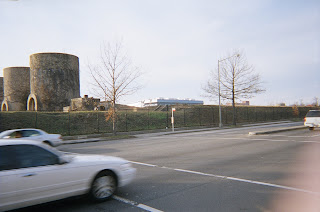 The History Channel was supposed to present a new season of "UFO Hunters" tonight (Wed. Feb. 6), at 10 PM EST. The newspapers mentioned a show having to do with a 1947 incident in Washington state, but instead the show as about USO's, unidentified submerged objects. The link for the miniseries is here. The show had four young scientists investigation a small plane crash in 1980 near Catalina Island, 25 miles SW of Los Angeles or Long Beach. The survivor claims that his plane was hit by two beams from an object below, and then crashed into the water. He was rescued about 20 minutes later, having survived what should have drowned him. His cousin died in the crash. The scientists try to find the object which the call a USO, and do laboratory demonstrations to show how the plane wreckage would sink (common sink) and try to locate the craft. They also demonstrate that an EMP effect could have disabled the plane. The program claims that there was a USO sighting (with the USO emerging from the ocean and becoming a UFO) in April 1966.

The USO theme (the acronym sounds like a bit of a parody of "Southpark" it seems to me) continues in the "UFO Files" show at 11 PM, called "The Pacific Bermuda Triangle". This episode discussed the "Dragon's Triangle" east of Japan in the Pacific Ocean, a complement across the earth to the notorious Bermuda Triangle. The documentary had a "gee whiz" feel to it. It mentioned books by Charles Berlitz, the disappearance of Amelia Earhardt in 1937 near Howland Island, the accident of Arthur Godfrey, and the legends of "ghost ships" that seem like scavengers of sailors. There is a supposed CEIII in Japan in 1803, and around 1860 a blue spherical UFO that resembles the Times Square ball or even the plasma UFO that returns "The 4400" in the USA series.

I wonder if the History Channel has considered doing a UFO Files on Dan Fry and the Understanding organization at Tonopah, AZ in the 1970s. 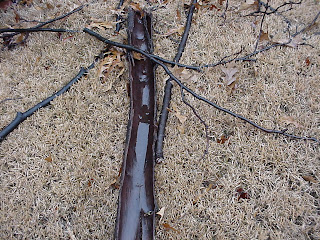 The UFO Hunters segment was "Alien Abductions". The Betty and Barney Hill incident from Sept 19, 1961 near Conway, NH was reconstructed in animation. (This became the NBC film "The UFO Incident" in 1975 and a book "The Interrupted Journey" by John Fuller.) Curiously, I had been there on a high school science trip in May of that year. I believe that I visited the area of the abduction in a rental car in June 1973, after hiking in the area. Then the researches examine tiny objects removed from two men, one from a wrist and one a thigh. The second man does not know when it appeared, but had experienced heavy metal poisoning in 2001. The second object seemed to broadcast radio frequencies until it was removed. Both objects had human tissue growing in to the object, that consisted mostly of iron. The objects were quite magnetic, and might have disturbed computer disks or harddrives very near to the men, it would seem.

UFO Files tonight did "Cattle Mutilations" which actually were the subject of a Playboy article in the mid 1970s. Some incidents in Nebraska are examined. Northeast Colorado used to be an area where they were reported.

There was a B-movie made around 1983 about cattle mutilations and the government's supposed complicity in them. I cannot remember the title or locate it on imdb, although I did see it in a theater. Does someone remember the title?
Posted by Bill Boushka at 8:17 PM