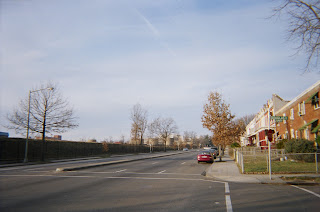 There are major media reports this morning, Sat. Feb. 9, 2008, of a tentative agreement between the Writers Guild of America (WGA) and the Producers Assocation. The deal must be consolidated by both West Coast and East Coast guilds and voted by members. The Reuters story is by Steve Gorman and is titled "Screenwriters union leaders said to back contract," link here. The Hollywood Reporter story by Liza Foreman is "Writers, producers reach tentative deal," link here.

The WGA website also says "We have a tentative deal." Only WGA members can log in to see the exact text now, although probably major media services will report more details during the day. Stay tuned.

The vote could come as early as Monday Feb. 11. Writers could get back to work Wednesday.

Let's hope so. While I have some scripts I would like to agent in the foreseeable feature and while we can talk about guerilla filmmaking, the marketing of newbie ideas has a much better chance if the entire show business infrastructure is back to normal. 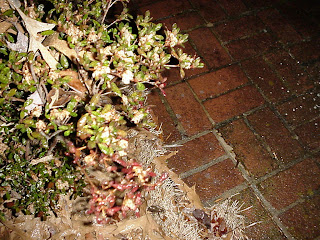 Shelley Widhalm has a story on p B1 of the Feb. 11, 2008 Washington Times, "Dialogue with Film Audience: Screenwriters tell their stories visually," link here. Kevin Downs is quoted as saying "no longer is the dream to write the great American novel; it is writing the great American screenplay." Later the article says, "Newcomers do not need industry connections or a membership in the Writers Guild of America..." In fact, WGA allows non-members to register their screenplays for copyright protection evidence for a small fee. Television scripts, although in essentially the same format, have tighter rules, as to exact time lengths, commercial breaks, etc. FinalDraft has different templates for different venues (including television). That is one reason why professional skill matters.

In the New York Times, Feb. 12, Business, Section C, there are two front page stories ("Viewed from all angles, who won?). David Carr has "Who won the writers' strike? Digital revenue is still small, so final outcome is in the distance", here. The short term cost to writers and associated businesses were quite large. There is also a story by Stuart Elliott, "Agencies see a window to alter the business of television," here.

The New York Times also has a "Times topics" story on this here.

Writers have voted overwhelmingly to accept the agreement. The New York Times story is by Michael Cieply, Business, link here. Bill Carter has an article "No Pause Button: TV Studios and Writers Play Catch-Up After Strike," link here.
Posted by Bill Boushka at 6:56 AM