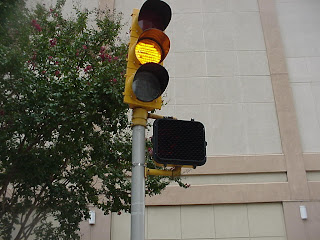 This evening PBS Frontline broadcast an important documentary about kids on the Internet, directed by Rachel Dretzin, “Growing Up Online.” The main website for it is this.

This is the first generation to grow up in a world wired with an “alternate universe” topology that allows someone global fame quickly. The film did not go much into blogs and search engines, but tended to focus on social networking sites. Myspace and Facebook, the two most popular, now have 160 million members.

The show focused on middle and high school kids and parents in several northern New Jersey communities, and talked to some teachers. One male social studies teacher said that now he has to be an entertainer, to get through the mass of material on the Net and get them to focus on the essential curricula that they must learn. An English teacher who has taught thirty years says that it is difficult to get kids to focus on meaning and context that you only learn by reading many whole books from many different cultures and historical periods. The problems of kids depending on Sparknotes (for summaries of novels and Shakespeare plays) was discussed; kids are not supposed to use them, but do. One boy said he reads a Shakespeare play in about fifteen minutes with Sparknotes. The anti-plagiarism website turnitin.com was presented. http://www.turnitin.com/static/home.html (The website offers a lot more than just plagiarism checks.)

The documentary moved into the issue of the dangers of the Net for kids. One girl posted moderately risqué photos of herself on her Myspace profile, and the principal called her parents at home. The parents made her delete her profile as they watched. Her online existence was “erased.” About a year later, she would get her Myspace privileges back. The show documented kids hiding their activities from parents, who have difficulty grasping the extent of their social networking site use. However, parents discussed their concern that kids did not understand “social context” and that one “mistake” online could mar them for life. This is the now relatively well known "reputation defender" problem (and the recent controversy about "JuicyCampus", not mentioned in the show because it is more about college students, comes to mind).

Toward the end the show got into the problem of predators (as on Dateline), and underplayed it. Experts said that most “solicitations” are from other teens and may be relatively innocuous, and kids generally know not to respond to the “bad guys”. However, cyberbullying had become a big problem even a few years ago. One thirteen year old boy had been bullied on AOL chatrooms and setup by girls pretending to be “friends” and dumping him – this was even before Myspace, and he committed suicide in the fall of 2003, three years before the Meier case in Missouri (which did involve an older person acting as an imposter).

Toward the end, parents were weighing the risks and benefits from the existence of the public Internet as it is now, and even admitted than in the long run the benefits win out. But learning to use the Internet safely is like learning to drive a car safely. You don't turn 14 year olds out on public streets (well, maybe if the teen is Clark Kent in Smallville Season 1, you can).

The show is inviting more input from the public through the website, and I will follow up on this.

Review of "Myspace Unraveled" (Magid and Collier), mentioned on the program, is here, along with reviews of two similar books.
Posted by Bill Boushka at 8:34 PM