Today, PBS Maryland Public Television showed the NOVA film “Judgment Day: Intelligent Design on Trial.” This concerns a controversy over the teaching of intelligent design in a small town of Dover, PA, near York PA.

The controversy grew slowly and would result in a federal lawsuit by eleven parents, decided in 2005 in Harrisburg. The case would be Kitzmiller v. Dover Area School District. Wikipedia has a detailed discussion of the case here.

The controversy seemed to start when a student painted an art mural showing the progression from apes or hominids to modern humans. The painting was taken from the school and burned. In the mean time, the school district reviewed a new biology textbook by Miller “Biology” (I saw it when substitute teaching myself in Virginia) and found that it often mentioned concepts of evolution. Because evolution has been so controversial religiously, it had previously been left out of high school biology curricula. The text would tend to bring it back. Evangelical interests tried to bring the book “People and Pandas” to advance intelligent design.

The school board had ordered that a one minute statement offering intelligent design as a theory be read to students. It did seem modest. The case would tend to concern whether such a practice would be promoting religion with public funds (related to the Establishment Clause of the First Amendment). Lawyers and the judge were wondering how well they remembered their own ninth grade biology tests.

The show does explain the theory of intelligent design, which is caused by an “intelligent agent.” It maintains that life is so complicated that Darwin’s “tree” could not have assembled itself just by chance, even over a few billion years. The show also demonstrates Darwin’s theories, such as in the Galapagos, or in the Canadian arctic, where scientists found a fossil in 2004 of a “land fish” with fins turning into limbs, a mix of fish and amphibian.

The show did make the intelligent design case with a small creature that looked like a paramecium and an apparatus like a bacterial flagellum, where the various cellular parts were so specialized that they seem like manufactured parts, as for a car or machine tools.

As a whole, the film takes the position that the suppression of much material for religious reasons causes much evidence to be suppressed. The show examined the importance of modern genetics and the tendency to confirm elements in Darwin's theory. One interesting problem is that other apes have 24 chromosomes and humans have 23, but one human chromosome seems to have fused two original chromosomes with telomeres in the middle of one such chromosome (#2).

The show staged the trial in Harrisburg with actors, with a little "courtroom drama". The testimony of Michael J. Behe, author of "Darwin's Black Box: The Biochemical Challenge" was shown. He claimed that the bacterial flagellum is "irreducibly complex" and appears to be "designed" like an automobile driveshaft. He says there are no parts for natural selection to work on until the complete "auto part" is assembled, but the expression of bacterial toxins confounds that idea, since here the flagellum transmits disease rather than helps it move. They refuted the idea of irreducible complexity by showing how a mousetrap becomes a tie clasp.

The documentary mentioned the classic film "Inherit the Wind" about the Scopes trial.

There was also an attempt to show that the Panda book started out as a creationist book by bringing up the book "Unlocking the Mystery of Life" from the Discovery Institute. This investigation showed that the Panda book had been affected by a 1987 New Orleans schools Supreme Court decision prohibiting teaching creationism as a religious concept. Intelligent design had been invented as supposedly non-religious concept, as showing some cleansed manuscripts associated with that case. A paperwork investigation had shown an ironic "missing link fossil" that showed some hypocrisy in the intelligent design movement. We find that people simply come back sometimes to wanting to defend faith on an emotional level.

The MPT link is here. 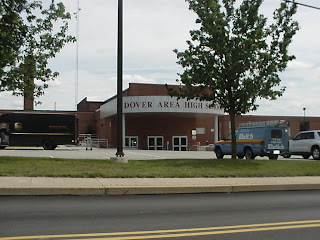 A Thing that has not yet been disproved … can hold it’s reasonable assumption that it do exist; And as long as a Thing remain unproven, it can maintain it’s greatest possibility of being so. Indeed in this world, Intelligent Design has faltered, but because the beautiful and shinning crystal glass was shattered when it fell to the floor, doesn’t mean it’s Superior Design didn’t exist before it’s fragments were disarranged.

Here are 2 given statements of information on this inquisitive concern;
1... How would an Individual Envision Their inner Mind Soul …

Most people asked this question … would be lost for and answer … many would finally say after much thought …. ‘like a ghost’ … some would probably say there is no such thing …

Concerning this question …. it has been given me to tell the people associated with this one tiny rock orbiting within this one specific galaxy … ‘We’ of an Intelligent Mind Soul, are Beings of a Complex ‘Designed Circuitry of Intelligent Energy’ …. no larger than the palm of an adult hand, and thinner than a sheet of paper …. A living web-like fiber of translucent energy … It is this complex Circuitry of Energy which in takes and process thoughts in many ways similar to a computer chip, but an organic Plasma Chip …

Most people of this planet are celestials fallen from place rather they remember this or not … but there are the few who were nurtured by celestial during their course of a Neanderthal Evolution ….

The mystery to a celestial Mind Cell, is that work which the Master Creator in Her greatness had first designed, then spun the Mind Cell into existence ….

There in a translucent Field of High Frequency Energy … the Mind Soul first appears wrapped in a woven cocoon as the finest work of silk … such works would resemble the spinning of white cotton candy as the spinning silk-like candy then appears on it’s paper stick.

In time …. Mystic Cocoons are delivered of a specific generation count, into a different specific Fields of Plasma Energy which is sustained of a frequency acceleration similar to the process known as cold fusion … these such First Fields of Plasma Energy could be seen as free floating balls of sparkling Energy … some larger than four of earth’s suns combined in one mass ….. Then in time some were as small as a jack ball ….

Later in time …these such Fields of Plasma Energy which were contained in a mirrored glass sphere similar in size to Earth’s moon …. have often been referred to as the Bosom of GOD … one such field of accelerated energy has also been referred to as Abraham’s Bosom …

Once Mind Cells emerged from their Silk Woven Cocoon, in Chambers of their God Head … each then appears engulfed with an accumulated quantity of inert energy referred to as a Soul … in this manner each Mind Soul have developed of a shape shifting Ghost-like appearance …. each yielding that same Mystic Pigmentation of their God Head‘s Field of accelerated Plasma Energy …. Such a Pigmented ‘Ghost of a Soul’, is that which engulfs the Mind Cell at all times …. It is this Ghost of an energy state, when it become quickened, is also referred to as a Spirit …. For the Spirit is but an accelerated state of any energy:

In time …. many Mind Souls began to possess or incarnate of many different designs of physical forms …. All developed physical forms followed pigmentation of their Plasma kind ….

But much has changed in the character of a Mind Cell’s ‘Ghost like Energy’ since the falling from place … and since many eons of reincarnations ….

Most every one asked, envision God as a Being of light or lightening, or energy … and each would be partially right … it has been given me to tell the people this… the Master Creator is far more than any humanity has imagined

The Master Creator is ‘One’ who’s Massive Intelligence of a Complex Circuitry of ‘Charged Plasma Energy’ is Adorned in the immeasurable Gown of Inert and Shiny Blackness of Dark Matter … a Being of the greatest intelligence known and unknown …. One who did create and do hold firm the very Designed Foundation of all Worlds created … that same One who sit in Highest position of all Her Creations of 9 Universal Planes, and who in doing so established 4 Inner Dimensional Levels there in the 1st, 2nd, 3rd, 4th, 5th, and 6th, Universal Planes and 3 Inner Dimensional Levels there in the and 8th Universal Plane; as Earth now sets in open view here in the 7th Universal Plane of endless darkness. All Planes and their Inner Dimensional levels are held in placed by the stabilizing accomplishments of Quantum Frequencies.

Of such A Creator is said; if Her Shiny Gown of Dark Matter was to transform into a Voltage Being of Lightening, and were to step down from Her hidden Place there in the First Dimensional Level of the First Universal Plane; and were to take journey through our known universe of expanded darkness. Her appearance would stand as a Five Figurative Form of Blue Lightening. Taller than any known Nebula. And that spiraling galaxies would be as tiny lily pads coupling each Her every gigantic Footsteps; and that each lily pad of a galaxy, would buckle to fall in scattered debris at Her passing.

I’m just an Old Soul passing through, given something important to say …