Sci-Fi: The Mystery of the Crystal Skulls (review) 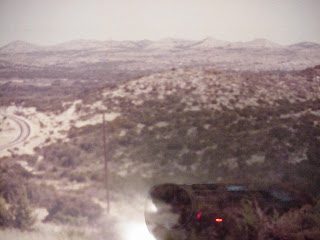 Today, the SciFi channel premiered the documentary “Mystery of the Crystal Skulls,” narrated by Lester Holt. The documentary supplements the anticipated opening of “Indiana Jones and the Kingdom of the Crystal Skull.” (My blogger review is here.) Up to eight skulls are reported to have been found deep within the ruins left by the Maya, particularly in Hondouras and Belize. The Maya, as we know, had an advanced civilization that disintegrated (otherwise they might have promoted civilization in colonial areas of North America before Europeans came), as in the film “Apocalypto”. They are made of quartz, and some attribute powers to them. There is a legend that there are thirteen skulls corresponding to thirteen advanced civilizations in our galaxy. They all need to be found and placed in some kind of alignment to prevent a cataclysm on Dec. 21, 2012, when the earth will be in some kind of alignment with the center of the Milky Way galaxy.

The movie presents F. A. Mitchell Hedges, from the 1920s, as a kind of real life Indiana Jones. A modern writer (and Hedges son-in-law) named Richard C. Hoagland (book "Dark Mission: The Secret History of NASA") has extrapolated on his work and examined NASA experiments on a Hedges skull, which he thinks could only have been made at zero gravity. And another researcher Bill Hollman keeps one of the skulls at home in Indiana. The skulls could be remnants of Atlantis, which would have been destroyed in a past cataclysm. They could even be extraterrestrial. The movie presents the idea that the skulls could have come from an ancient civilization on Mars that was destroyed by cataclysm (and loss of atmosphere and magnetic field, perhaps after an asteroid hit), with some of the skulls deposited on the Moon and known secretly to NASA.

The documentary does present a lot of "speculation" about a coming purification. Somehow, the skulls remind me of the cave artifacts that young Clark Kent finds in Season 2 of "Smallville."

The link for the show on the Sci-Fi website is here.

The sci-fi film showed brief images from the Paramount Steven Spielberg new movie. I think the documentary could have used an appearance from Shia La Beouf, and even from Harrison Ford, who was made “buff” recently on Access Hollywood to make a point about the loss of rain forests and global warming! Perhaps his stunt will be replicated on Saturday Night Live.

Picture: Hill Country, Texas, south of San Antonio, from a personal picture taken on a 1985 visit (and rephotographed for digital).
Posted by Bill Boushka at 8:17 PM