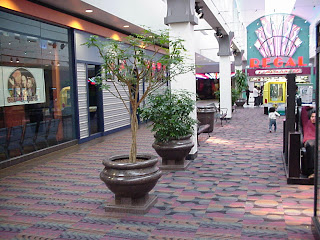 Last night (May 11), Shia Saide La Beouf hosted Saturday Night Live for the second time. This time he is 21 (maybe makes certain things easier – as on June 11 last year he was on Jay Leno with “grown up things to do”, and last year he hosted it at age 20 with no C2H5OH on the set or in the theater) and was dressed up in a business suit to start. That didn’t last long.

In his opening prologue, he said that, as for his new Spielberg movie about the Crystal Skull, he was “sworn to secrecy.” I’ve heard that before from 21-year-olds who room in fake frat houses near campus. Did you know that Hollywood has a script in which Wall Street securitizes people’s souls? (Don’t tell Lions Gate, in case it’s unsolicited.)

In some episodes of MacGruber, he sported long, metallic-gold hair, shaggy, and was hard to recognize for a moment. Every episode ended with a catastrophe for some WMD facility (angel dust, etc) that they had infiltrated.

Shia confessed to one sin, getting arrested for smoking in the wrong place. They say that somewhere on the Net, that Shia smokes. That’s depressing, and not good for role-modeling any more. But he’s 21.

But the height of the ancient evening was the SNL Digital Short “The Best Look in the World.” This was real movie making, and would have won the “On the Lot” contest – well, except for the fact that it was made by established professionals at NBC Universal. Andy Samberg, Shia La Beouf, and other SNL male leads find themselves in an dream-created alternate universe, nattily dressed in coat and tie, spitshined shoes and socks with garters good enough for IBM or EDS, having forgotten to put on their pants. You know how you can wake up like this in a dream and look for a towel or sheet to cover up. It gets intimate, actors of unknown or unpublished orientation engaging in what rapidly becomes gay comedy.

The gender bending continued when Shia had to answer questions about his own anatomy posed by an Italian Mafioso, and at the end, he went into frank drag, with a department store closet and dressing room behind. Nothing happened to him, however.

Now, one supposes that in the future, SNL will do some adventure based on Harrison Ford’s recent sacrifice (on Access Hollywood) of his own Sherwood Forest to make a point about the Amazon Rain Forest, carbon absoprtion and global warming. That could have fit in tonight because Harrison co-stars with Shia in Crystal Skull.

There were other takes. There as a spoof on Suze Orman, without Oprah or Nate around (that’s right – have Nate Berkus host SNL some time, maybe before the General Election). Seth and Amy did their usual, with Allen Greenspan subtracting from the GNP. And, oh yes, Hillary isn’t ready to drop out yet. She needs to retake Algebra I.

Shia appeared on ABC Good Morning America May 13, and said that his first name means "Gift from God" and his last name means "Beef". Hi-ya Shia.

Republic presidential candidate John McCain appeared on Saturday Night Live last night and said that the worst thing that could happen to the Democrats is to come out of the convention in Denver without a nominee.

(See May 8 on this blog for note on embedded SNL links.)
Posted by Bill Boushka at 5:26 PM