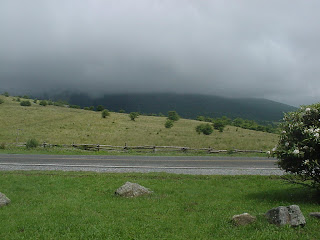 A 37 year old man, Dede Koswara, in Indonesia has a rare inability to control warts, benign skin tumors that result from the human papilloma virus, or HPV. One variation of this DNA virus causes cervical cancer in women. His face and body, and especially hands, became covered with amalgamating tumors that looked like tree sprouts (hence “tree man”). Another condition that could look like this is neurofibramatosis (“elephant man diseases”) which is genetic but might have a viral trigger. It’s interesting that HPV does not generally behave this way in HIV-infected people, but it might cause unusual brain tumors in infected people. Dede’s wife left him, and relatives had to take care of his children. He was made into an “attraction” at a carnival (Hanny Enterprises). But eventually he received surgeries to remove the tumors at Bandung, Indonesia.

Another bizarre medical problem is surfer’s myelopathy. It is very rare, but strikes young healthy surfers suddenly. Somehow tissues in the spine swell and cut off circulation, resulting in paralysis over several hours. The disability could be irreversible. The condition is nicknamed “stroke of the spine.”

Another report concerned a Minnesota man’s sudden severe headaches. At the Mayo Clinic, he learned that he had a congenital Chiara Malformation, where the bony structure at the base of his skull was not large enough.

There was also a report, already previewed on Good Morning America, of a girl with two XX chromosomes, but who developed female because of AIS, or androgen insensitivity syndrome, where her body interprets testosterone as estrogen. She does not have internal reproductive structures, and learned of her condition when she had a hernia operation. She actually had vestigial testes. She is married (to a man) and as a couple has adopted one child.

ABC Nightline aired a story on new survivalism, from Seward, Alaska. A man had eight months of canned goods in a basement “grocery store” and nitro-preserved foods, and offered a school where clients learn survival schools and hunting and fishing. “No one is going to rescue you,” he said. But survivalism has flourished before, such as just before Y2K.
Posted by Bill Boushka at 8:45 PM