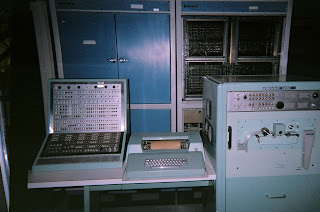 Dr. Phil has tackled Internet misuse several times (in January 2008 I wrote about his “Internet mistakes” show), and today (apparently a repeat) he did a show on “Internet Dramas” aka “Internet addiction”. The URL link is this.

The first segment was about a man with an “addiction” to a computer fantasy game called EverQuest. He was neglecting his wife and three kids, and Dr. Phil, quite predictably, warned that he would lose his “family.” Of course, this was a family that he had created of his own volition.

The second segment was much darker. A ten year old girl was receiving inappropriate messages (to say the least) from “stranger” men. (I’m putting this gently.) Dr. Phil asked why there were so many computers in the home, and why the child was left alone with a computer with an Internet connection. He says children should not use chat rooms. He makes the valid point (not much mentioned in the COPA trial that I cover elsewhere) that filters don’t block chat rooms.

Then a mother neglects her family by spending all her time on Myspace pages for her dogs. Cute, “creative”, harmless – but what about her family.

Of course, nobody questions, parents have to spend time with their kids in “real world” (all it “Fifth Dominion”) conversation and activities. But, not everybody has spouses and kids. Going in another direction, computers and Internet have real use in school with students mature enough to use them properly. For kids, learning to use the Internet is like learning to drive a car.

Dr. Phil is asking for more people to contact him if they have been libeled by others on the Internet (the “reputation defense” problem again). But his presentation seems a but sensational and simplistic.

The index page for this show contains links to Dr. Phil’s own Internet safety tips for parents. For parents with younger children, the security “rules” (regarding photos, personal information, etc) may be much more absolute because of the practical danger of attracting the “bad people.” It’s particularly worrisome if a child closes a browser window when a parent enters the room.
Posted by Bill Boushka at 2:08 PM