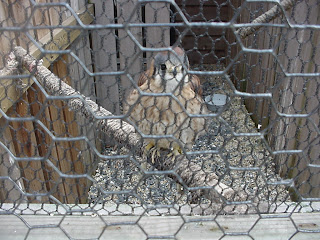 Today (Aug. 19) the Dr. Phil show (a repeat) covered two mothers who had extreme difficulties with their children. The show was called “Tired of Being a Mom.” The first parent had adopted a child from the Ukraine and wanted to “give back” the child. The details need not be repeated here, as they appear on Dr. Phil’s site (link here.

Dr. Phil mentioned (and introduced) an important clinical term, “reactive attachment disorder.” Dr. Phil explained it as follows: “Reactive attachment disorder means that children can neither give nor receive love.” He did go on to explain the situation in terms of this particular child’s desertion overseas. But the clinical concept is important, as discussed in detail in Wikipedia here. The disorder is supposedly characterized by social inertia without a pervasive developmental disorder (autism or even Asperger’s). It may turn out to be related to the convenient term “schizoid personality” in adults. Yet, a lot of it has to do with society’s demands that people develop empathy for others in a family relationship.

The term probably would have occurred in the context of my stay (with many other patients) at NIH in 1962, an event that I have discussed previously on my other blogs.

The second half of the show featured a mother with extreme challenges with a child with autism and Down syndrome, and the third who is simply overwhelmed by having four children. I wonder if Heather Armstrong’s “Mommy” (dooce) blogs have dealt with situations like these on Dr. Phil’s today,
Posted by Bill Boushka at 8:17 PM