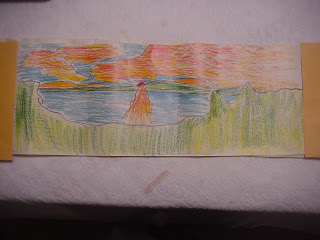 “Tougher in Alaska” is a History Channel series that shows a lot of the “geography” of our 49th State (remember how lucky the US was to get it from Russia on the cheap in the 19th Century; we might not be here if we hadn’t.) Yes, the series seems to anticipate Sarah Palin’s nomination, and I hope the state’s character gives her the needed libertarian streak (although they say she is socially conservative).

The particular episode this week, “Fairbanks”, depicts winter life in Alaska’s interior city of 80,000. It’s 380 miles to anchorage, and 280 miles to the Arctic Circle. Yes, the climate may be getting a bit milder with global warming. Still, winter is six long months with regular temperatures as low as -40 F. I wouldn’t take my 97 Escort out into the sticks in the winter. (Remember, in “Into the Wild” Chris McCandless perishes in an abandoned Fairbanks city bus.)

G.L. Beach is the narrator, and he pays his dues by joining the Fairbanks Volunteer Fire Department, for a week. He meets naturalist Bill Blizzard. With the higher oil prices, more homeowners are burning wood, which leaves houses vulnerable to ignition (almost spontaneous combustion) when creosote accumulates in the chimneys. So the old-fashioned chimney sweep has a job in Fairbanks.

Beach also spends a night at a Boy Scouts winter camp, where it is a lot colder than scout camps in Minnesota, even. The boys build igloos to sleep in, and warm up with hot cocoa and butter (400 calories) before going to sleep. When working in extreme cold, one has to remain hydrated.

In winters with lighter snow, there is a problem with wolves, which will consume domestic dogs (which evolved from wolves). We didn’t hear much about bears or mountain lions.

The city looks like a typical American burg, with moderate high rises down town. In the winter, the city is often obscured by ice fog, that leads almost to whiteout conditions.

I visited Alaska in 1980, and took a private seaplane tour of the Mt. McKinley area, with a party afterwards in the woods. I rode around Anchorage in a car rented by a young lawyer whom I met on the plane (from Hawaii – in the days that Braniff was flying high, still) who happened by accident to get the next room in the same Holiday Inn. It’s weird to get into Anchorage at 2 AM in early August, when the sun is almost ready to come up.

I’ve been north of the Arctic Circle once, in 1972, when I visited Narvik, Norway and Kiruna, Sweden, in a two week Scandanavian trip.