History Channel: "The Universe: Beyond the Big Bang" 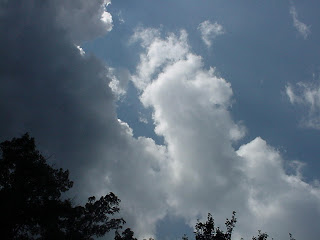 On Saturday Aug. 16 The History Channel aired its two-hour special in “The Universe” series, called “Beyond the Big Bang.” The link is here.

The documentary supposes that the universe started about 13.7 billion years ago at when an infinitely small singularity “exploded.” The “Big Bang” is a bit of a misnomer: it was small at first, and in a vacuum (or in nothing) there could be no sound. Gravity may have separated from the “superforce” allowing a sudden expansion, faster than the speed of light because light didn’t exist yet. In two or three seconds, the other three forces separated out to form the four that physics knows today, with all the physical constants in play.

The documentary traces the evolution of theory from an earth-centered “universe” to a sun centered one to eventually the modern cosmology. It goes through Ptolomy (with the positions of the planet), Copernicus with an aesthetic idea of a sun-centered world, then Kepler’s mathematics, and finally Galileo with his telescope. The Church accepted Galileo’s observations at first, but then put him on trial for heresy when he tried his hand at public scriptural interpretations. Galileo could not resist the self-indulgence of a high public profile, and misplayed his relations with the Pope. Galileo spent the end of his life in “exile” in a villa, were he worked out more theories about falling objects, to be picked up by Newton.

The documentary goes on to discuss Einstein, showing the bank in Bern, Switzerland where he worked in 1905. Special relativity would lead to general relativity, but there would be controversy over whether the universe was steady-state or expanding, and a Catholic priest (Georges Lamaitre "A Day Without Yesterday", descriptive link) would join in the work. Hubble would discover that the Milky Way was just one galaxy on the 1920s, on one night, when he studied the Andromeda object and determined that it was a galaxy too. The film makes the comment that the priest believed that both science and religion could converge at the truth with a story of creation.

The documentary goes on to predict how the solar system will end, with the Sun becoming a red giant, frying the earth and even blowing away the gas from Jupiter and Saturn. Eventually the solar system falls apart. But even after that, the Universe expands past another singularity, when the ultimate mega-disaster called “the Big Rip” occurs.
Posted by Bill Boushka at 7:48 PM