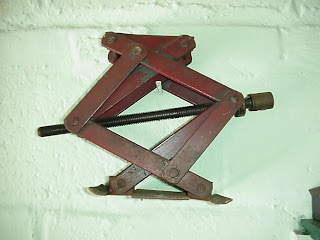 Sunday, Aug. 31, NBC Dateline (which online lives on MSNBC) aired “10 Close Encounters Caught on Tape.” The program picked the 10 most “controversial” sightings from its files, although the reports were a bit too brief to be effective. These would have been called “Close Encounters of the First Kind.”

The link is here. Much of the commentary came from Phil Imbrogno. The site has an index to the available videos on the left side of the boxed summary. MSNBC also offers a submission form for amateur UFO reports.

The program started with a film made by an Oregon woman in the 1950s, with some credibility issues because she had talked about seeing them before.

Much more credible may have been the sighting photographed by the Gemini 11 crew with “The Right Stuff.” NORAD investigated, and there was some idea that the flashes could have been explained by space debris.

The show discussed the “Belgian Triangle” of triangular objects seen over Belgium. It went on to discuss multiple sightings over Gulf Breeze, FL in 1987.

A sighing new southern Australia might have been explained by bright lights reflected by squid being chased by a fishing boat.

There was one report of a sighting more or less in the Yucatan Maya area.

There was a report of sightings in the Hudson Valley, New York in 1983, near Kent, NY. However, back around 1976 there had been some sightings, with one transsexual female-to-male person documenting a close encounter that he explained to an “Undertanding” meeting held in New York about that time. Some of us went on a nighttime hike (in snow, in early March) in an area around Harrison, NY where he claimed to have had the encounter.

The report covered the sightings over Stepehenville, TX (also covered in July on Larry King Live on this blog), thought by some people to have been related to President Bush’s ranch in Crawford.

The number one event was the “Phoenix Lights” from 1997. James Fox has included them in his documentary. Governor Fife Symington played a joke on the public, and then admitted that he was not as skeptical as he had led them to believe. The show posed the anti-libertarian question "Do you trust your government?" The military later said that it had been conducting tests with flares during that period, but the explanation was no more convincing than that of Roswell crash dummies. Some photographers reported seeing large objects that could be seen through thin paper, like an eclipse.

I visited the Phoenix area a few times in the 1970s, to visit Dan Fry’s group called “Understanding,” 40 miles west along I-10 near a village named Tonopah. In April 1978, some of us saw a flashing red and green object in the sky east of Tonopah.

The show did not deal with the “close encounters of the third kind” like Betty and Barney Hill, or Travis Walton.

Of course, we can no longer say that "photos don't lie."
Posted by Bill Boushka at 5:09 PM