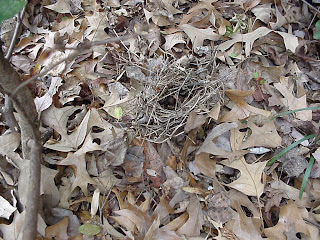 The 2008 Summer Olympics (the 29th Olympiad in modern times) in Beijing, China actually got underway with the four-hour opening ceremony starting at 8 AM this morning EDT. But NBC broadcast the event this evening, with a pre-show at 7:30 PM and the official even tape starting at 8:08 PM EDT, twelve hours later. It's interesting, by the way, that all of China, with the width of the US, is in one time zone called CST. Wikipedia already has a detailed log of the event here, but I’ll add a few notes now.

The three NBC hosts were Bob Costas, Matt Lauer, and China specialist Joshua Cooper Ramo. The weather in Beijing was apparently in the low to mid 80s F with high humidity. According to meteorologists, most of the haze in the atmosphere was due to August humidity. The Chinese program of greatly reducing driving and closing factories has cleaned out the air somewhat. Because Beijing is in a bowl with mountains to the west, it tends to have pollution problems similar to that of Denver in the US, but perhaps worse because of lower elevation and greater humidity.

Everyone talks about the Bird’s Nest stadium, which reminds one of the Quidditch Stadium in the Harry Potter movies. The “mesh” is designed in fractals and lends itself to lighting, leading the spectacular results. Throughout the long program, the Chinese impressed everyone with their use of garish colors, a feature already well known from their films. The constant fireworks from the rim of the stadium far outdid American Independence Day celebrations, and emphasized white and brilliant colors.

Filmmaker Zhang Yimou (“Jet Li’s Hero” and “House of Flying Daggers”) directed the outdoor choreography, which included the “29 steps” from the old Beijing center at Tiananmen Square to the stadium. The countdown to the start of the ceremony was accomplished with the disciplined drill of thousands of drummers making numbers with lights, and many of the other acts used hundred of people with incredibly complicated group mechanics. The opening ceremony cost $300 million to produce. One of the concepts of all the dances is the oriental notion the "artist is equivalent to the work of art."

Early in the ceremony the Chinese National Anthem, “The March of the Volunteers” (YouTube) was sung. The music at the ceremony sounded surprisingly western, often loud, sometimes a bit French or Ravelian.

One of the most interesting acts celebrated man in space, with a globe of Earth, followed by an orange globe that was said to be a Chinese lantern, but that could have been interpreted as Titan, since Saturn was shown on the screen above simultaneously, or perhaps even as Venus. Either one would serve as a subtle warning that we must protect this planet.

The longest portion of the program was the march of the athletes from over 200 nations, some very small. The nations were paraded in a sequence defined thy the number of strokes in the Chinese character in the Chinese language name for the country. That placed the United States two thirds down the sequence. President Bush and his wife were in attendance.

The games officially opened about 3-1/2 hours into the ceremony.

The American marching athletes did not include the flamboyant swimmer Michael Phelps, who has an early event. The sinewy, "smooth" Phelps has been quite conspicuous in the media, which makes a lot of his vulnerable short beard, almost the only temporarily allowable hair (except for his head) left, and even the 'stache and chin stubble has to be gone soon (when he “peaks”) to remove water resistance. He comes from the same city as Gossip Girl actor Penn Badgley: Baltimore, MD. Will Phelps take the American male even further into the metrosexual look? As conservative writer David Skinner noted (and perhaps lamented) in a June 1999 Weekly Standard piece, we seem to be in a media era where men and women look even more alike. I’ve only attended one swim meet, at the SMU natatorium in Dallas in 1982 when Steve Lundquist was all the rage.

At the end Li Ning did a high wire act, going around the upper reaches of the stadium, with the torch to light the Olympic Cauldron. Some genuinely Chinese music from one of Yimou’s films played. NBC showed the entire city from the distance along the river as the final fireworks displayed.

The entire show was nothing short of colossal. I've never seen anything like this in the United States!

I wonder how much a ticket (just to the opening) cost in US dollars, and how much a hotel room in Beijing is during the Olympics. Maybe a visitor knows.

Boxer Russell (from Capitol Heights, MD, near Washington DC) collapsed in a workout trying to make weight because of dehydration, and cannot compete on the US boxing team. The NBC Olympics (and AP) story is here.

The gymnastics, rowing, swimming, and cycling were all spectacular yesterday; the cycling events allow viewers to see the mountainous countryside near Beijing. The haze and humidity in the air is quite noticeable.

The gymnastics, however, makes me ponder some comparisons. Yes, the upper body definition of the athletes is spectacular. But we humans pale in comparison to all other primates as to strength and agility swinging from trees and things. Look how we compare in strength to some of our favorite wild animals, big cats, that seem to fascinate us so much! Genes really do matter.

Since China is twelve hours ahead, many of the events are being broadcast on NBC after the results are known. Imagine if China and Japan had teams in US Major League Baseball, what road trips would be like. Home team advantage would really matter.

Baltimore, MD has the Orioles, the Ravens, and now Michael Phelps.
Posted by Bill Boushka at 8:57 PM