PBS Wide Angle: "Iraqi Exodus" to Jordan and Syria (and the U.S.) 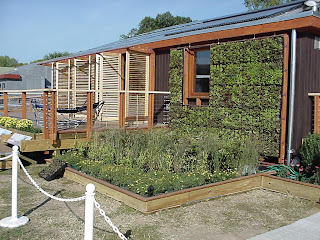 On August 19, PBS “Wide Angle” aired a one-hour program “Iraqi Exodus” giving the stories of Iraqi families that have fled Iraq, during the sectarian “civil war” following Saddam Hussein’s fall in 2003, to Jordan and Syria. CNN reporter Aaron Brown reported. The program started in Amman, Jordan. The WETA (Washington DC Channel 26) link for the program is here. PBS has its own link to this show with video links ("Syrian Ambassador on the Impact of Refugees") and comments, here.

Much of the program focused on a Mandaian family, which was targeted and attacked for religious, pacifistic non-conformity. The father was falsely accused of homosexuality, taboo in both Sunni and Shiite cultures. He had been an accountant in Baghdad, but in Jordan he could not get a work permit. Exiled families in both Jordan and Syria were gradually sinking into poverty, although some were able to start “entrepreneurial” service businesses within their own enclaves. A concert was held to raise money for refugees, but the show maintains that major international relief is necessary. One family was shown moving to Portland, OR but the man still could not get work.
Posted by Bill Boushka at 6:37 AM