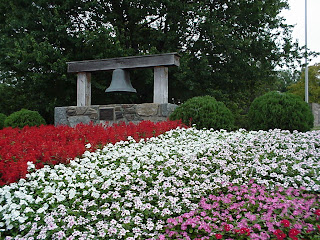 “TheWB” has apparently returned as a website. (It works.) It appears to offer online video of episodes from popular series on TheWB, especially some that no longer are aired, such as “Angel” and “Everwood”. The site starts playing a touching sequence from an early episode of “Everwood” and shows Gregory Smith and Treat Williams. There is a blog where the first entry is called “The Hills Are Alive.” There is a “Create TV” link to “recreate TV, start a channel, and make TheWB yours.” “Smallville” is there, but “Supernatural” is not. “Beta.thewb.com” and "www.thewb.com" appear to go to the same place.

CWTV, where TheWB and CBS’s UPN merged, still operates with its chartreuse-themed (call it “going green”) site for the current shows. The message boards seem harder to use than they used to be on TheWB.

The press release, in an email to me from Robert Pietranton, said “THE WB IS OFFICIALLY BACK IN BUSINESS, WITH THE PUBLIC LAUNCH TODAY OF THEWB.COM.”

I’ll watch to see what becomes of this. ABC Family ("a new kind of family") has shown some of the old WB shows (especially reruns of Everwood and Smallville). (My favorite show on ABC Family is "Kyle XY"; "Greek" is moderately eventful. Personally, I think the early seasons of Smallville were better than the last two or three, as to plot, issues, and character. The Smallville Pilot is a masterpiece of television episode screenwriting.

Maybe TheWB could resurrect "Jake 2.0", too. (The newer “Chuck”, and “Heroes” all are apparently alive and well on NBC, for this fall.)

The New York Times Magazine has an article on p 26 by Virginia Heffernan, "World Wide Warner: With TheWB.com, and entertainment giant stakes its claim online," link here.
Posted by Bill Boushka at 2:10 PM