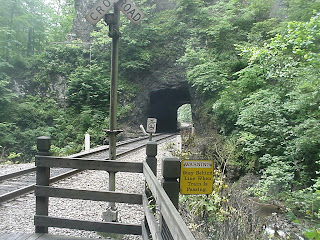 This morning, Aug. 27, the NBC Today Show, the “extended” 9:30 AM (EDT) slot featured an interview with author Michael Kimmel, author of the new book “Guyland: The Perilous World Where Boys Become Men” (published by Harper). He described the “guyland” years as 16-26 and presents the point that men are waiting longer to get married and have families. Call it the “anti-Marty” syndrome (based on the 50s movie). Or call it, forever an adolescent!

Actually, the same could be said of women, and that seemed to be one of his points. Women are more “self-sufficient” and, with social supports for equal pay and removing glass ceilings, men may feel that women don’t need them. It sounds as though the metrosexuals (other than competitive swimmers) need to let their chest hair grow back in order to distinguish themselves.

Another reason for indefinite postponement of marriage, he says, is longer life spans. If I’m going to live to my mid 90s, I’ll wait, because I really don’t want to share my bed with the same person for six decades. Women, however, will probably always outlive men somewhat, and from a biological perspective, cannot postpone motherhood forever.

The issue of philandering comes to mind. Anthropologists love to talk about the basic neuro-biology of it. Men have a hard-wired incentive or at least an instinct to spread their genes as far as possible, as do the males of most animal species. After all, that sounds like the best chance their biological legacy will “survive” and go forward after they’re gone. It’s up to women to “tame them” (especially according to George Will and George Gilder) and attach them to specific families; the institution of monogamous marriage is supposed to mean that a man focuses his energies on raising his own children, fathered with only one woman – so that there will be one woman for every man, and so that every (no matter how “competitive” in “Darwinian” terms) man gets a “fair shake.” Because pregnancy and motherhood intrinsically create a “biological commitment”, women are supposedly incentivized for long term raising of children and have a reason to induce men to follow suit. Marriage is a social invention, and a socializing institution. We’ve heard social conservatives say that for years. Even people from areas of society considered more pluralistic or liberal (such as Rabbi Boteach on Oprah yesterday) make this point.

Of course, modern technological, open society complicates this. Men and women both find other ways to propagate themselves to as many people as possible, even with no biological process (subject to manipulation by society or by hierarchies of permission) at all. A college student invents a new web service that hundreds of millions of customers can use and launches it from a dorm room; isn’t that the psychological equivalent of “male propagation.”

The gay angle wasn’t mentioned. But it’s clear that not all men desire to propagate their genes at all, or they may pick some other artificial means to have a family with a same-sex partner, requiring much more expense and effort.

There are other opportunities for “self-definition” or even “self-promotion” besides family. That seems like a big factor. Of course, a technological system has to remain sustainable enough, and that becomes an issue. You can start to understand how the Amish think.

In the 10 AM hour, the show continued the discussion about marriage delay with Kathie Lee and Heda “on the Scoop.” Children’s author Judy Bloom got into the discussion.
Posted by Bill Boushka at 3:48 PM