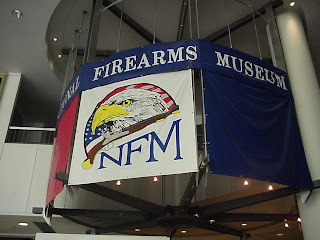 Charles Gibson on ABC debriefed Republican vice-presidential candidate Sarah Palin in an exclusive interview on ABC World News Tonight on Thursday Sept. 11, 2008. The interview will continue this evening on Nightline. She spoke for about twenty minutes of the broadcast.

Palin named energy independence as the single global issue in which she can exercise the most leadership ability. She mentioned being able to see Russia from Alaska across the Beiing Strait. (That reminds me of the 1982 TV movie "World War III".) She supports the idea that former USSR republics become NATO allies, and created a sensation in news media by indicating that the United States might have to go to war if Russia invaded another republic or did not get out of Georgia.

Most of the rest of her comments were more “conventional.” She did discuss extremist mentality and nihilism, associated with radical Islam, as something that comes out of shame and despair, and idea that neo-conservatives have expressed ever since 9/11, of which today marks the seventh anniversary. She expressed pride in her son being in the military and likely to deploy to Iraq. She says he is serving a cause higher than himself, echoing the “Country First” theme of John McCain. She says that her experience of faith is that of "being on God's side" and not the other way around.

She does not think we should second-guess Israel or other allies in steps they take to defend themselves. Gibson used the interesting term "existential threat" in characterizing Israel's perceptions of its neighbors and of Iran. Gibson also questioned her about pre-emptive threats and "anticipatory self-defense".

Gibson also asked her about the cross-border raids in the tribal areas of Pakistan, without the approval of the Pakistani government. Palin seems to be well aware of recent articles about the unstable behavior of the Pakistani military.

She made general comments about her belief in God, but did not get into social controversies.

The ABC Nightline segment was called "War, God and Oil." The interview was conducted in Fairbanks, and a little bit of downtown, already with fall colors, was shown. Fairbanks was the subject of a History Channel episode of "Tougher in Alaska" discussed here Aug. 30.

The last part of the interview took place along the oil pipeline, 8 miles from Fairbanks (still plenty of early fall colors). A gas pipleine may be built. Gibson challenged her as to whether she is changing a position held earlier that man's activity was not significant in global warming. She says Alaska sees more of global warming since it is the only Arctic state, and she is more open to the idea that man's activity matters than she was before. McCain has been more willing to admit this than her, apparently. She wants to drill more in the north slope than does McCain.

On Friday, Sept. 12, Gibson will quiz Palin on domestic policy.

John McCain appeared on ABC's "The View" at 11 AM this morning EDT, along with this wife, Cindy Hensley.

ABC 20/20 continued the interview of Sarah Palin at here lakeside Wasilla, AK home, with a lake and seaplane in view. She did take the position that abortion should be permitted only to save the life of the mother. Her discussions on domestic policy tended to come back down to controlling government spending, but were not real specific.

I actually flew in a seaplane in August 1980, over Denali National Park along the slopes of Mt. McKinley, and we landed at a lake near Denali for a party afterwards/
Posted by Bill Boushka at 4:16 PM