Beverly Hills returns with "90210: The Next Generation" on CWTV 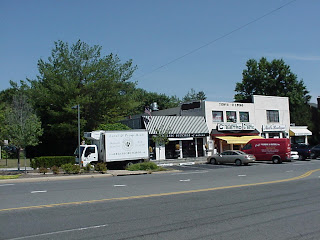 Harry Wilson (Rob Estes), and his wife (Lori Loughlin), arrive in California as Harry takes a job as a high school principal, and cares for his ailing mother Tabitha (Jessica Walter), who is going down because of her own behavior, alcoholism. This is not the trying eldercare situation of other films or dramas. Harry has to watch over his two kids Annie (Shenae Grimes) and (adopted) Dixon (Tristan Wilds), creating conflicts in his job. Ryan Matthews (Ryan Eggold) is the snazzy young English teacher and coach who has a good connection with the kids.

The situations involve plagiarism of an assigned paper, and then a high school prank (tp-ing a locker room) that requires lacrosse players to come forward or have their team canceled. Annie takes a private plane with a boy friend for a jaunt to San Francisco as if it were a freeway jaunt (“no big deal”). Ethan Ward (Dustin Milligan, who hails from the Canadian Northwest Territories) and Michael Steger (Navid Shirazi) provide some charisma as the kids, but they seem more impetuous and ready to get into silly fights than makes sense for their class.

The first night did well in the ratings, but the show seems a bit less daring in concept to me than “Gossip Girl.” Lori Loughlin’s role here seems less challenging than her situation as an instant mom (taking over a sister’s three children, again “Kansas at California”) in TheWB’s 2004 series “Summerland” (which would also launch Zac Efron as well as Jesse McCartney).

The Oct. 7 episode started out with Ethan’s carrying around a “baby doll” mannequin as part of a class (“home economics?”) requirement in child care. If he turns it upside down accidentally, he gets an F. Is every student required to learn child care? If so, that’s very interesting.

Later, a female asks Mr. Matthews (practically) if he’s gay, and he practically says so. (Was she going to tempt him otherwise?) Then a student is arrested and suspended for drug possession in a police raid – she is caught trying to flush the pills down the toilet in the lavatory.
Posted by Bill Boushka at 7:40 PM