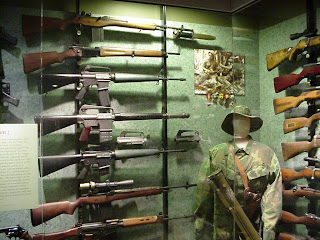 "Smallville" Season 8 premiered tonight on CWTV. Now Season 1 depicted Clark as a high school freshman, theoretically 14 in earth years, a bit mature for his age, able to drive a car or truck legally – but Kansas farm boys do that. That means he would be 21 now, old enough for legal imbibing. (Not to mention that there is a movement now to end minimum drinking ages.)

Clark is sensible enough not to have a 21 party, and indeed he is in no position to, having been kidnapped and stripped of his powers by Jor-El. He has to get by on his fists and wits against the Russian mafia. The Green Arrow (Justin Hartley from “Passions”, now much smoother) starts to rescue him; Lois Lane catches up. Chloe (Allison Mack) is being held in an encampment and given a polygraph. By coincidence, that’s were a mortal Clark shows up for his near death experience, to be rescued by an angel. He likes having his powers back.

The real Tom Welling is 31, but except for occasional crows under his eyes, no one could tell.

Oh, Clark gets an official desk at the Daily Planet as a journalist now, and he didn’t have to go to the University of Missouri (next state) and major in journalism. If he did, that could provide the screenwriters the chance to bring in the “Show Me Institute” and some libertarian politics.

I would like to become a journalist myself, a real one, not “just” a blogger journalist. That reminds me of another line from the show, when Clark, “Sometimes I feel like I should separate into two persons.” I feel that way. I live in two reconciled domains. I’d be better off in one of Clive Barker’s other “Dominions” where I would be much more on my own again. (Sorry, Krypton blew itself up before it could be brought into the “Reconciliation” of Imajica.) What simulated a Reconciliation is, of course, the Internet and all its problems of online reputation.

The episode was titled “Odyssey,” directed by Kevin Fair, and it does not follow Homer’s poem. Tom Welling has directed some of the episodes in previous citizens.

CWTV’s “Supernatural” followed with it’s premier, in an episode called “Lazarus Rising”. Dean (Jensen Ackles) rises from his pine coffin, his body reassembled, and he struggles into the Texas heat into a landscape that gradually turns into this world. He is reunited with Sam (Jared Padalecki) and a girl friend mistakes them for being “together” rather than just brothers. Dean has to deal with why he was “saved”, to due the bidding of someone else, against his own wishes. “It isn’t about you,” Rick Warren always says.

Both Ackles and Padalecki come from Texas. Padalecki was a presidential scholar when graduating from high school in 2000.

The grave scene curiously reminded me of an episode from “Days of our Lives” in 2004 when Marlena wakes up in a Coffin in transit underneath Salem, on the way to a “New Salem” on an island in the tropics. This all sounds like “A Most Dangerous Game.”
Posted by Bill Boushka at 8:15 PM