"Classic Dr. Phil" covers "teen" forced to raise her siblings; when are moral issues just about consequences of "choices"? 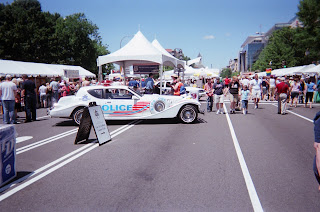 On Classic “Dr. Phil” this week, on Thursday July 30, Dr. Phil interviewed a young woman Tyerra, now 24, who had raised four siblings from age 13 herself when her mother developed schizophrenia. She even took on the responsibility for a child that her mother had, with Down’s Syndrome. She said that this was her family and that this was all they had was each other. Dr. Phil said she didn’t have a selfish bone in her body, but both worked on how Tyerra could get her own life. Dr. Phil suggested that he develop the assertiveness to insist that her older siblings get jobs and start taking care of themselves. He also helped her get a training course and a good job as an emergency medical technician. She could decide to go to nursing school.

Dr. Phil typically covers “personal responsibility” in the narrower sense as strictly dependent on one’s personal choices, such as getting married, or having sexual intercourse and creating pregnancies. He rarely covers the issue of older children having to raise their siblings (because of their parents’ sexual activity, not because of their own) or give up college and support the family when parents get sick (as in the movie “October Sky”); and I haven’t seen him cover eldercare yet (we don’t choose to having aging parents). This seems like a difficult topic for him, where he doesn’t have ready “moral” answers. He once did cover the problem of a kidney transplant to a sibling who had been irresponsible. Was Dr. Phil himself raised with a silver spoon, or is that just an adult development?

This sounds like the old "Rick Warren" ("The Purpose-Driven Life") problem: "it isn't (always) about you!"

The link for this (repeat) show segment is here.
Posted by Bill Boushka at 9:14 PM