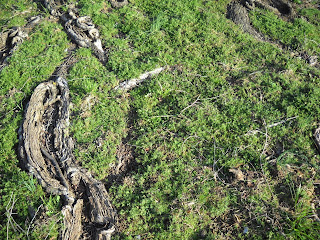 On Saturday, March 27, Anderson Cooper 360 presented a one-hour documentary “Gangs of Hollenbeck”, about the “rule of gangs” on some parts of Los Angeles, to the point of constituting what police call “domestic terrorism.” The program went into the sociology of the “code of silence” or “snitch” mentality, which is very difficult to break in some low income communities where there is a history of societal abuse for decades. The main link for the report is here. The report makes Hollenbeck look like an area beyond law and order, beyond civilization itself. Is life worth living in a zone like this?

Since the blog post says "5 years later" I'm not sure if this is the original report or a second installment. This appears to be a new report based on following up on a long-standing story.

One police chief said that he has lost only one witness in years, but Anderson reported a homeless man who was “executed” to prevent him from testifying. The "drive by" is the ultimate act of real cowardice.

Marine Corps members with shaved heads have been mistaken for members and been gunned down in the area, which is a bit like how Iraq was.

Later the documentary covered more hopeful signs, such as members "breaking away" and an employment agency for ex-gang members. A Catholic priest Father Boyle runs Homeboy Industries to employ the members, and offer services even like tattoo removal. He says that all of this comes from deprivation (having little to share) and an "absence of hope".