CBS "60 Minutes": Author Michael Lewis examines Wall Street Collapse; how a man with Asperger's figured out the house of cards 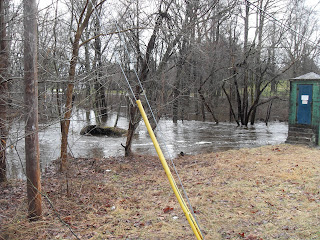 On Sunday night, CBS 60 Minutes, in a report by Steve Kroft, presented an “autopsy” of the Wall Street collapse, in the view of author Michael Lewis, whose financial books have done him well enough to afford a home in Berkeley CA with a wife and three kids. His new book is "The Big Short: Inside the Doomsday Machine". New York: W.W. Norton & Co.. ISBN 0-393-0723-1. The full CBS story is here. Lewis argues that Wall Street executives followed a herd mentality (with an excessive focus on short term profits) and became blinded to their own longer term best interests. It was capitalism destroying capitalism, but for the most part it was not directly criminal.

The report tells the story of Dr. Michael Burry, a young physician with Asperger’s syndrome, who quit medicine and started a hedge fund, eventually help to invent “credit default swaps”. Burry simply became engrossed in “connecting the dots” and figured out that the whole house of cards would eventually collapse. Employees on Wall Street did not have the proper incentives to look for “the truth.”

Lewis told CNN that Wall Street became buttoned down in the 90s, toning down excessive personal behavior, but became much more reckless underneath, finally betting everything on leverage and the subprime mortgage market.
Posted by Bill Boushka at 9:03 AM