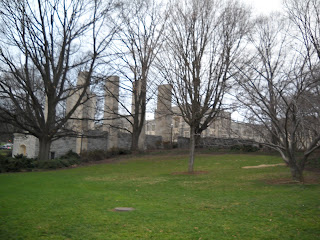 Kyra Phillips on cnn Special Investigations with Campbell Brown examined birth defects in a small California Central Valley town (Kettleman City, in the flat San Joaquin Valley) near a toxic waste dump. The city had been identified by the state as a community less likely to object to a waste facility, because it is low income and Catholic.

The waste site at issue is four miles outside the town and is operated by a company named Waste Management ("Think Green" site -- note that domain TLD’s matter; try putting in edu).

In the past year, ten babies have been born with birth defects, including cleft palate.

The story, by Heather O’Neill, was aired Tuesday March 23.

Note: some CNN videos recently seem overcropped, at least on Internet Explorer; not all the picture shows.

Picture: VPI campus
Posted by Bill Boushka at 11:47 AM