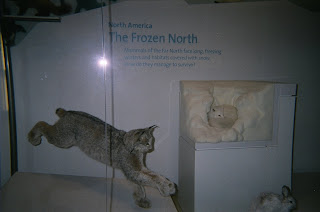 The first film opened with the image of a loveable cat – a cheetah, in fact, fending off an ostrich. One of the most fascinating concepts was the idea that parenting sometimes requires sacrifice in nature. A certain female octopus looks for a lair to lie down in to lay her fertilized eggs, which she nurtures, and then she dies. Procreation becomes a moral obligation.

The ability of monkeys to use tools and teach their young to use them is presented, and they look surprisingly “human.”

The Filmmakers traveled to the ends of the earth to make this film, often underwater.

The second film showed how a komodo dragon bites a buffalo, which slowly weakens and dies from the venom, attracting a school of dragons that will feast on the carcass, a particular kind of horror.

The site for the show is here.

Here is a “First Look” YouTube video from Discovery Channel for the new series.