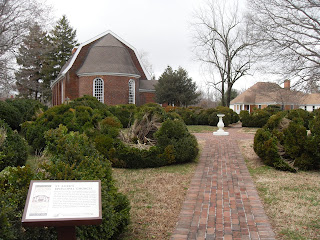 On Sunday, March 14, 2010, the Discovery Channel aired a two-hour documentary “Who Framed Jesus”, directed by Mark Lewis, link. The Washington Post TV guide listed it as beginning at 9 PM EDT, but it began at 8 PM EDT.

The early part of the film covers the story of Judas in detail, and compares each Gospel’s account. Judas become increasingly more villainous in each Gospel, when considered in the order written, with John almost regarding him as possessed.

The Pharisees were humiliated by Jesus’s ability to make them turn their “book smarts” onto themselves.

Ciaphus was perhaps incensed that Jesus had overturned the moneychangers’ tables, on his turf in the Temple. But there is disagreement among scholars about his real attitude. Pilate may have led Ciaphus to believe that Pilate would handle Jesus “fairly”. The documentary goes into what the Gospels say comparatively in some detail.

Was there a Jewish crowd calling for Jesus to be killed? The documentary gets into areas covered by Mel Gibson’s film “The Passion of the Christ” (New Market).

The film then examines the political career of Herod, who would want to squelch anyone who preached “justice”. The Gospel writers might have diluted the roles of Herod and Pilate to make their accounts acceptable in the Greco-Roman world.

Jesus may have planned his own death, when he says to Judas “do what you have to do, and do it quickly.” This account may come from “The Gospel of Judas”, a National Geographic film in 2006 by James Barrat.

Here's a YouTube on "The Book of Judas Gnostic"

I am not a conservative literalist, but this documetary is the must muddled nonsense I have ever seen. There is a line between idle speculation and blasphemy, and this silliness has crossed it. A quick check reveals that several (I haven't checked them all) of these experts have dubious reputations to say the least. Real silliness here.