"The Mentalist" on CBS: another sleuth, and plenty of dangerous government biological experiments 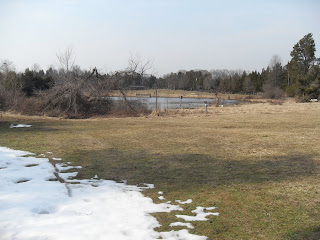 Just as with yesterday’s posting, “The Mentalist”, on CBS, is another series (like “Psych”) where an “amateur” helps police. Here Simon Baker plays Patrick Jane, the “mentalist” gone private investigator, not exactly of the Magnum PI kind. (Remember how gorgeous Tom Selleck was, in the glory days of the Detroit Tigers?)

On March 11, the show aired an episode called “Code Red” with an intriguing premise. The fibbies (along with some greedy contractors) have developed a biological weapon, a “ cryptovirus” (it sounds more like it needs McAfee or Spysweeper) that destroys the red blood cells of everyone exposed. A female researcher and mother calls saying “I’ve been murdered” because she knows the biology and knows she is going to die.

As the show develops, the police need to ferret out the guilty party who released the virus within the lab. So they tell all the employees of a lockdown, and that their installation (with the employees kept in) will be burned (essentially nuked from a suitcase) to destroy the virus – the same premise as the denouement of the film “The Crazies”, reviewed on my “disaster movies” blog Sunday March 7. The employees are told to call their loved ones during the last three hours of their lives.

The style of the series is like that of typical police series, fast-paced and hip, and a little bit flippant.

Libertarians say, the government will do absolutely anything, because it can.

The official site from CBS is this and it makes prior episodes available “legally”.