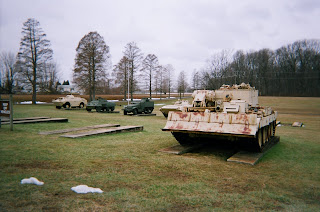 Petraeus was asked about his reported support for lifting “don’t ask don’t tell” regarding gays in the military. His answer, below, was a bit equivocal.

He said that his experience was with civilian CIA operatives who happen to be gay (and who have to be openly gay to maintain security clearances). I’ve discussed the indirect effect of the ban on gay civilians in sensitive situations on these pages before, and actually am working on a novel manuscript that addresses the issue. It would be a good topic for Hollywood to take up. He said that he focuses on the performance of the individual, and favored regulations that focused only on conduct. He would not specify what he would tell the Senate Armed Services Committee.

Zakaria spoke optimistically about the likely future progress in Iraq, especially as an oil producer; he also discusses Iran (the recent crackdowns on dissent), and Pakistan (the Swat valley and the fragile military, which nevertheless arrested an American Al Qaeda operative recently (Adam Gadahn) -- ut-oh -- the latest stories are that the Pakastani's aren't sure it's him now.
Posted by Bill Boushka at 3:56 PM