ABC 20-20: How a young person's life can change in an instant of bad judgment (two "Dateline-like" stories) 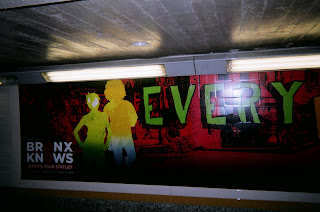 
In New York, a young woman named Biurny Peguero went out on a night partying, got into an altercation, and falsely accused a man of rape. Although kit tests were negative, the man was convicted and spent four years in prison, until Peguero came forward and admitted she had lied. Now she is in jail and could face deportation.

Chris Cuomo, himself an attorney, narrated the report and conducted the interviews.

Then Ashleigh Banfield and Alison Lynn tell the story of Chrussy Steltz, from Portland OR, who was shot accidentally across the face by a teenager playing with a shotgun. She lost her eyes and nose and underwent numerous surgeries, but graduated from high school with honors and married and had a baby. The story (“Robbed of Sight, Teen Took Hold of Her Future: Years After Shotgun Accident, Chrissy Steltz Fell in Love and Began to Raise a Son”  is here.
Posted by Bill Boushka at 6:16 AM