ABC Nightline: Why so many African American women remain unmarried 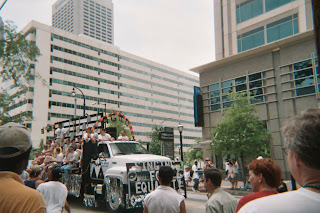 
Nightline conducted a face-off (not on Facebook) between men and women in Atlanta.

The fact that some of the “catches” are gay was mentioned.

On April 22, ABC World News Tonight discussed the crowded, military-like living conditions on oil rigs, in giving the story about an oil rig fire in the Gulf off the coast of Louisiana.
Posted by Bill Boushka at 4:47 PM