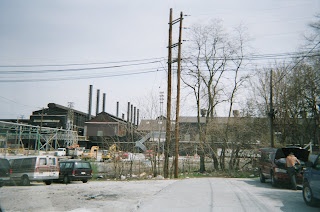 Monday April 12, ABC’s “The View” presented the Trebling family, and told the story how a daughter was saved from Diamond Blackfan Anemia (wiki ) by a marrow transplant based on her brother’s donation.

There is a book by Beth Whitehouse, “The Match: ‘Savior Siblings’ and One Family’s Battle to Heal their Daughter” (from Beacon Press, available April 1), that tells the story. Brother Christopher was conceived by in vitro fertilization (as a genetic match), and at the age of 1, marrow was taken from a needle from the boy to save the sister. The author’s website for the book is here.

The ethical issues surrounding this situation are explored in much more melodramatic and exaggerated fashion in the New Line film “My Sister’s Keeper,” directed by Nick Cassavetes, based on the novel by Jodi Picoult, reviewed on my Movies blog June 26, 2009. That’s fiction, but the “View” story and interview were real.

Parents are sometimes given (or take on) awesome powers over their kids, particularly within a conventional family with traditional marriage. They expect siblings to be prepared to protect each other, and teach them that not all relationships of affection are matters of choice. I’ve covered this elsewhere on my blogs (especially the “rules of engagement” label on my BillBoushka blog). I’ve lived my adult life on another planet, for decades away from a world in which people accept these responsibilities as given to them as members of a family and community. However, it seems wrong to me to subordinate the life of one person against his consent to save another person. Individualistic concerns about "equality" disappear within the family. One can see how I think.

i have gone through this blog. i am a kinda net savvy person. so nowadays im doing some online business and this blog is doing great for me.