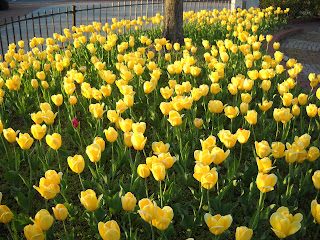 Just a note about another reality show, CBS “Amazing Race”. Tonight (April 11), the teams took a modern train (with sleeping bunks) from Kuala Lumpur, Malaysia, to Singapore, and then raced around the city-state of Singapore, which looked like something scrubbed and sterilized for a sci-fi movie. One of the treasure hunt tasks involved climbing from one gondola to the next on top of a 500-foot Ferris wheel. Another task involved a clean-cut “On the Waterfront” job (with orange jumpers) of counting chain links in a dock. Still another involved selling ice cream sandwiches (real sandwiches in Singapore), a task a bit like the first episode ever on Donald Trump’s Apprentice, selling lemonade.

Nobody got caned.  You would not glean Singapore's socially conservative climate from the show, but you can tell that it is immaculate, and a bit artificial. The website for the episode is here.

I remember that the idea of a “treasure hunt” race goes all the way back to the Howdy Doody show of the 1950s.
Posted by Bill Boushka at 8:25 PM