FlashForward: A "alternate lifestyle" FBI agent says "The Ring Is Mine" 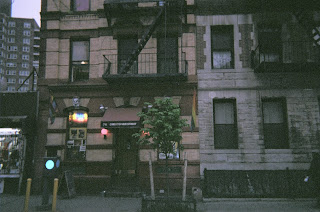 
FBI agent Janis (Christine Woods) tells her backstory (two years before, in 2007), of her tough physical training at Quantico with Demetri (John Cho) doing ropes and low crawls, to her recruiting two years before as a double agent. Why? Well, her apparent lesbianism is given as one reason. She’s supposed to delve into the issue of “the Ring”, a quantum computer (looks like a wedding ring) that protects the wearer from the space-time singularity that leads to the FlashFoward.  (Just two people, one of them at a baseball game in Detroit, were wearing it on Oct. 6 and stayed awake.) Inside is a Tron-like device that looks like a miniature astrolabe. It can compute all kinds of dates, one of which is Oct. 6, 2009, the date of the first FF. There is this woman running a fish shop who provides her contact. She supposed to destroy all copies of the design, so she fries the circuitry in an office building to cause all connected computers to burn up. I’m not sure that makes sense if you have a UPS devices.

The week before “The Garden of Forking Paths” Mark (Joseph Fiennes) tracks down the missing Demetri and saves him from a Saw-like trap on the Ides of March, changing the future.

The series seems much more compelling to me than "Heroes" on NBC, which has a somehwat comparable premise.
Posted by Bill Boushka at 3:33 AM