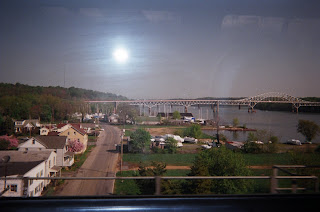 
One remarkable feature of the film is its tracing the use of renewable energy in the past. Solar panels were used in California around 1900, and wind mills helped provide the ability to process grain in the plains long before electrification. Ocean tides electricity plants have been used in coastal France and Britain since the 1960s. At one time, fossil fuel supplemented renewable energy, and the green revolution will require us to go back to that situation. The film shows the Fed Ex plant in California with the enormous solar collection unit, able to sell power in the middle of the day.

It shows a modern windmill turbine farm in upstate New York, with fewer but larger units.

It shows how Iceland lives on geothermal and hydroelectric power. About a fourth of the film is devoted to Iceland as setting an example, ironic in a week in which Iceland’s volcanoes shut down air travel in Europe with the ash cloud.

The film goes into biofuels, and covers Brazil’s successful use of sugarcane plantations to fuel its autos (also covered on CNN’s “We Were Warned”). The film demonstrates a hybrid car that averages 100 miles per gallon of biofuel, with electric battery power up to 35 mph.

Tuscson Electric Power his this video on its history of renewable energy: