"House M.D." and ABC 20/20 both present stories that point to possible hidden infidelities 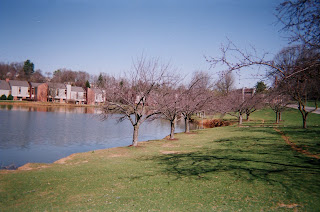 An episode of “House MD”, recently re-aired on UPN, dealt with the moral uncertainties caused by unusual STD’s. A young wife has seizures and severe neurological symptoms. For a while, there is a theory about metastasized breast cancer or auto-immunity in the brain related to cosmetic breast surgery which was supposed to please her more than her husband. But gradually the medical detectives track the problem down to African sleeping sickness, and say that it can be transmitted sexually. Her husband is put in a precarious position of authorizing risky anti-parasite treatment but has to wonder if his wife could have been unfaithful. House (Hugh Laurie) eventually has to ask who she had the affair with to treat the contact trace. “We all make mistakes, we all pay a price.”

On ABC 20-20 Friday April 9, there was a situation where a woman gave birth to a fourth child in a bathtub, with a 911 operator talking her husband through it during the first night on the job. Other siblings have to help. But then the question occurs whether she could have been unfaithful because the husband had a vasectomy, which is, however, not 100% reliable.