NBC Dateline: "What Were You Thinking" tests the herd mentality 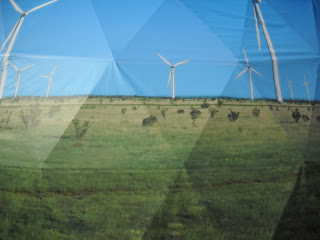 On Sunday, April 25, NBC Dateline carried a report “What Were You Thinking?” (a favorite Dr. Phil phrase) in which social experiments were set up to test “herd mentality” thinking. (Remember, the staff in "Buy More" in the show "Chuck" is called the "Nerd Herd".) Chris Hansen hosted.


For example, “job applicants” were asked to do paperwork in a room where harmless “smoke” started drifting in. All but the test subject were Dateline employees told to ignore the smoke. In many cases, the test subject would not leave the room even though he or she would if alone.

The “herd mentality” helps explain, with hindsight, poor choices made by individuals, such as in getting conned by people like Bernie Madoff, or in accepting subprime mortgages.

Some individuals, who tend to be socially more isolated, are often “right” in their own opinions but incur the ridicule of others. This was the case during the recent financial collapse, where author Michael Lewis showed that a "nerd" man with very mild Asperger’s syndrome left medicine and started a hedge fund based on the idea that the system would collapse. He was right, everyone else was wrong.

Visit msnbc.com for breaking news, world news, and news about the economy
Posted by Bill Boushka at 9:51 AM