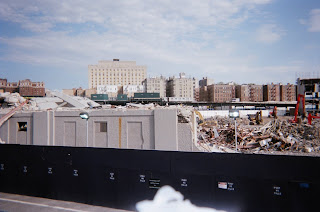 On Tuesday April 27 PBS “American Experience” aired “My Lai”, a 90-minute documentary about the “My Lai” massacre of Vietnamese civilians on March 16, 1968, with link here.


At that time, I was in Army Basic, in the infirmary that particular day, on the way to Special Training Company. By the time Seymour Hersh’s story hit the news in November 1969, my discharge (I was at Ft. Eustis) was approaching. But Hersh had spoken to the military and to Congress about the matter, which was being investigated after the fact, long after most people in that unit had ended their tours in Vietnam and many were already out of the Army. One person would see the story in a bar and recognize his unit from over a year before.

The incident was sometimes cited as evidence of the shortcomings and inequities of the military draft; but the effect of the draft on the quality of officers out of OCS was debatable either way. Lt. William Calley had at one time been an unemployed college dropout, very exposed to the draft in a world of privilege created by deferments.