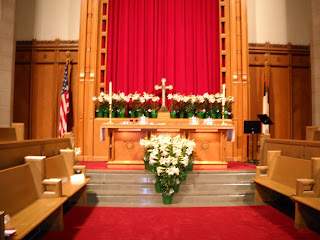 Some PBS stations on April 13 presented the one hour Frontline “Obama’s Deal”, a history of the 2009-2010 health care debate. The main link for the show is here.

The flap over the “you lie” remark at the state of the union speech is covered. It also covered the special election in Massachusetts where Scott Brown (R) won Ted Kennedy’s Senate seat.

The show then covered the February Blizzards of 2010, slowing down the debate.

The film has some curious black-and-white, 40s style photos of the president behind the scenes.

On Feb. 25, the president sponsored a forum at Blair House (covered here on this blog), televised live on MSNBC, and took over selling the bill.

On Sunday March 21, the president got his “deem and pass” (sort of) victory in the House.
Posted by Bill Boushka at 7:09 PM