PBS stations run "Stop the Presses": what happens to journalism? 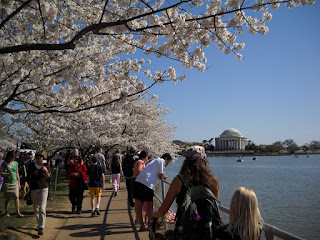 On Wednesday April 7 some PBS stations reran the AMS film “Stop the Presses: The American Newspaper in Peril”, directed by Mark Birnbaum and Manny Mendoza, about the radical changes in “dead tree” journalism today largely due to “competition” from the Internet. The website is here.


The show mentions that the first newspaper in the US appeared in 1680 in Massachusetts and the government put it out of business after one issue. A publisher had to have a license from a colonal government then.

The printing press was so “threatening” that some colonies banned it for a while.

The show covered the century or so where most cities had evening newspapers, which largely disappeared in the 1970s, leaving the remaining newspapers stronger.

Many medium sized newspapers have given up their own coverage of world news, leading it to a smaller number of large papers, meaning fewer people mind the store.

More people are reading newspaper articles than ever before, but the problem is that too many people read it online for free.