"V" resumes on ABC, and we see Anna's real Teeth 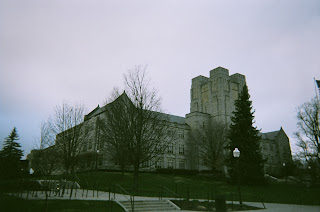 The “drama” of “V” resumed Tuesday March 30 on ABC. The series seems now like a long shadow of “Flash Forward”. In fact, there was a line somewhere in the script about “seeing the future”, probably no accident.


The reporter played by Everwood doctor actor Scott Wolf agrees to have a “pre-crime” brain pre-aneurysm fixed on the V hospital ship, with the operation televised to earthlings. There’s talk of comparing Earth medicine to alien medicine. Of course, we know that the aliens look like reptiles underneath.

One of the characters is pregnant with you-know-what, a kind of Rosemary’s Baby.

The teenager Tyler gives his mom a hug – with her only to find she is hugging a hologram.

Toward the end, Anna zeroes in on her prey, to get her eggs for her own new master race. The hapless young man lays below, apparently humiliated already by scrubbing and perhaps shaving. The last image shows Anna opening her reptilian mouth (are those "teeth" a la Roadside Attractions, or dentures?), that looks like it came out of “Alien”. Sigourney Weaver (as Ripley) is nowhere around.

There’s an interesting discussion of how the Visitors do not have “emotion” hardwired into their neurons like humans do, so they can be more “efficient”. Some scientists call these “mirror neurons” than enable empathy and feelings for family. It seems that in the world of the aliens, the state is supreme, and it is efficient. The Washington Times will love it.