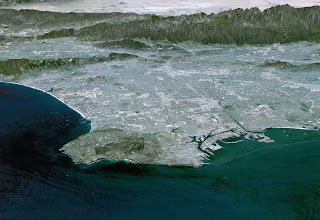 CNBC has a series called “American Greed” that presents one hour documentary reports on crimes of greed in somewhat the style of Dateline.


On Saturday May 22, CNBC presented Episode 26, “Case File” The Black Widows”, “two grannies in jail”, and these women were Helen Golay and Olga Rutterschmidt, in their 70s, who would befriend homeless men in the Los Angeles area, provide them apartments, and take out fraudulent life insurance policies on them with multiple companies, and then arrange hits on them to collect the money.

LA police discovered the pattern by coincidence of two detectives sitting near either other, and soon insurance investigators joined in and visited them to refund premiums. (You have to have an insurable interest in someone.) They would be arrested by the FBI for mail fraud and prosecuted; then local police set up a wire investigation to set up a murder prosecution. Police considered this one of the most diabolical female crimes in history.

I guess Bette Davis and Joan Crawford should have played them fifty years go. "What ever happened to Baby Jane?"

Wikipedia attribution link for NASA picture of Los Angeles Basin.
Posted by Bill Boushka at 9:18 AM