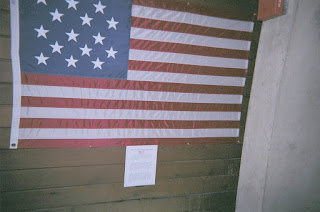 On Saturday and Sunday May 8 and 9 Soledad O’Brien of CNN presented “Rescued: A Story that Called to Me” about children in Haiti, particularly focusing on an orphanage called the Lighthouse. The show told of individual families, and of older brothers who had been supporting younger siblings and mothers even before the quake, an experience that does not sit very well with individualism in more affluent countries.


The legal impediments for Americans to adopt Haitian children are considerable, on both sides. But the number of adoptions is expected to increase slowly over time eventually.

So are volunteer trips from churches to go down and work. But in time, that’s expected to start happening more.

On May 11, The Associated Press ran a story by Rukmini Callimachi about parents abandoning children at orphanges, the Washington Times link (p A10) here.  "Haitian law requires that orphanage authorities do everything possible to reunite children with their birth families."
Posted by Bill Boushka at 7:48 PM