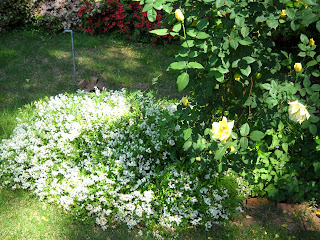 Tonight (May 6, 2010), the episode “Course Correction”, directed by Leslie Libman, of the hit series “FlashForward” on ABC brought back memories of the New Line movie franchise “Final Destination”. It seems that the people who did not have 4/29/2010 flash forwards but survived and “changed the future” are getting tracked down and, well, eliminated. Demetri Noh (John Cho) will have to spend his life “watching his back”.


There was another interesting concept, about the ability to identify and recognize people with absolute accuracy visually from facial measurements, in this case the physics professor Simon (Dominic Monaghan) seems to have been in both Toronto and in Commercia Park, Detroit at the same time, and seems to have evaded the blackout.

There are discussions of the universe being in balance – sounding like the law of karma. Maybe everyone is getting transported to another universe without knowing it. We have seven unused dimensions according to string theory.

"FlashForward" has a real hook. I really wonder where the writers will ttake this. Will there be another blackout?
Posted by Bill Boushka at 7:14 PM