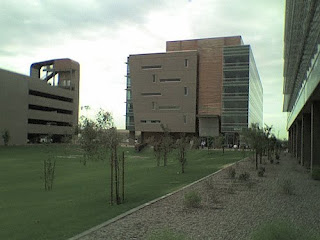 On Tuesday May 4, many PBS stations aired the new Frontline documentary “College, Inc.” This is no equivalent to MGM’s comedy “College”. No, it’s about for-profit universities, which caught on with Wall Street in the 1990s. It is narrated by correspondent Martin Smith.


The University of Phoenix may be the best known of these schools, but there are many (including “Grand Canyon” university). Some do have an origin in the Christian schools movement.

The courses start all the time and offer online classes with great flexibility, but tuition is high, and the schools tend to load adult students with debt.

The schools actually employ telemarketers to call and enroll students, and it is a high-pressure telephone sales job.

A big player in the market is Michael Clifford, who himself never went to college and claims to be a born-again Christian.

Some students in some programs like nursing say they have wound up with huge debts, which cannot be forgiven even in bankruptcy, and education that did not prepare them for jobs. For example nursing training was limited to day care centers. There are proposals to hold universities for making students job-ready before the tuition debts become collectible.
Posted by Bill Boushka at 8:10 PM