Reality-TV writing: not an inviting opportunity for "creative" screenwriters (AOL) 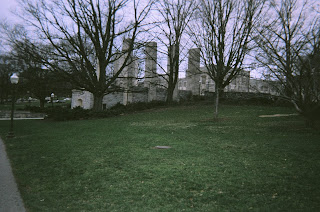 Bill Burman has an odd topic for AOL’s “find a job” column, writing for reality television. The link is here. The title is "Trade Secrets: Behind The Scenes of Reality Television".  I suppose it applies to all shows like “The Apprentice, all the way to “Sami’s” “Biggest Loser” (a lot of them seem to be on NBC, where I worked in the 1970s).


Is this “real” screenwriting? No, it sounds more like a magician’s bag of tricks to entertain. There is a kind of “prestige” I guess. One of the tricks is pulling in voice-overs from various other times to simulate a real event.

“Reality television” is not journalism, the article says. But it looks like it can hardly be “creative writing” either. Maybe it’s time for another Project Greenlight contest, this one based on the idea of submitting a television series (but probably drama and/or comedy; reality would just be inconceivable as a contest). It strikes me that something as rich as ABC’s “FlashForward” takes a lot of inspiration, almost too much to come from one person (or contestant, if there ever is such a contest). Television writing, unlike movie screenplays, requires very exact cuts and time lengths for segments and has its own rules. Final Draft used to have separate templates for "half-hour sitcom" and "one-hour TV drama". 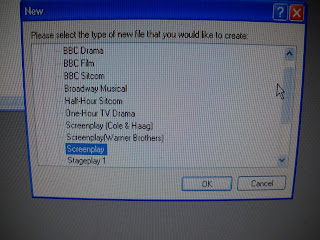 I recently came accross your blog and have been reading along. I thought I

would leave my first comment. I dont know what to say except that I have