"The View" presents financial the cost of motherhood; host Barbara Walters to have heart surgery at 80 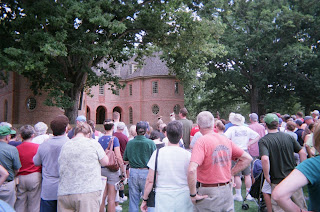 On “The View” on Tuesday May 11, Barbara Walters discussed her upcoming heart valve surgery. She is now 80, but healthy enough that her prospects are considered excellent.

Carmen said that the “motherhood penalty” sounds like an oxymoron. However, working women typically are penalized financially for having children. Nevertheless, the later in life a woman has her first child, the less the financial impact (particularly after 26), but the greater the likelihood of infertility or of congenital problems.

The law in the United States requires most employers to offer three months of unpaid maternity leave, and to offer the same job when they come back to work. But most countries in Europe offer parents by requiring paid maternity (and paternity) leave from employers.

All of this fits into Phillip Longman’s (“The Empty Cradle”) argument that western society has made it too expensive and risky for adults who want to be self-sufficient to have children. The argument is often called “demographic winter”.

Also, today, after noon on ABC's "Who wants to be a millioniare?" there was a question to see if the contestant knew that "don't ask don't tell" refers to the military.
Posted by Bill Boushka at 9:58 AM