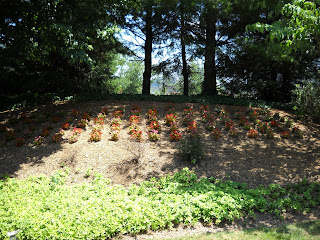 Elizabeth Vargas and Chris Cuomo presented a two hour “Michael Jackson After Life” on a two-hour 20-20 on ABC on Friday June 25, in memory of the one year anniversary of his death at age 50.

The first hour reviewed some of the circumstances of his passing, and the abuse of Propofol by his physician, with a number of bizarre explanations for the doctor’s behavior. The physician, Conrad Murray, has been charged with manslaughter. The basic link for the show is here.

The second hour covered the many controversial aspects of his life, including the way his financial assets evaporated over legal troubles and his maintenance of Neverland, eventually facing foreclosure when he could not make a balloon payment (which was avoided with sneaky deails). He actually had many financial problems and left many bills unpaid. He went back to work shortly before his death partly because of financial issues.

People who tended to Jackson were interviewed, including one who said his drug problems did not start for over a decade after his hair was burned in 1982.

Finally, the program interviewed Justin Bieber for Jackson’s influence on him.

The show was respectful, even memorable, even if a lot of Jackson’s behavior was, at least, off the wall.

NBC Dateline ran a 2-hour special on Jackson in the same time slot, competing for ratings.

On Saturday morning, June 26, CNN presented short reports on patients who stand by Dr. Conrad Murray, who has practices in Nevada and Texas (as well as California) and can apparently still practice in those other states. Here's a LKL interview.